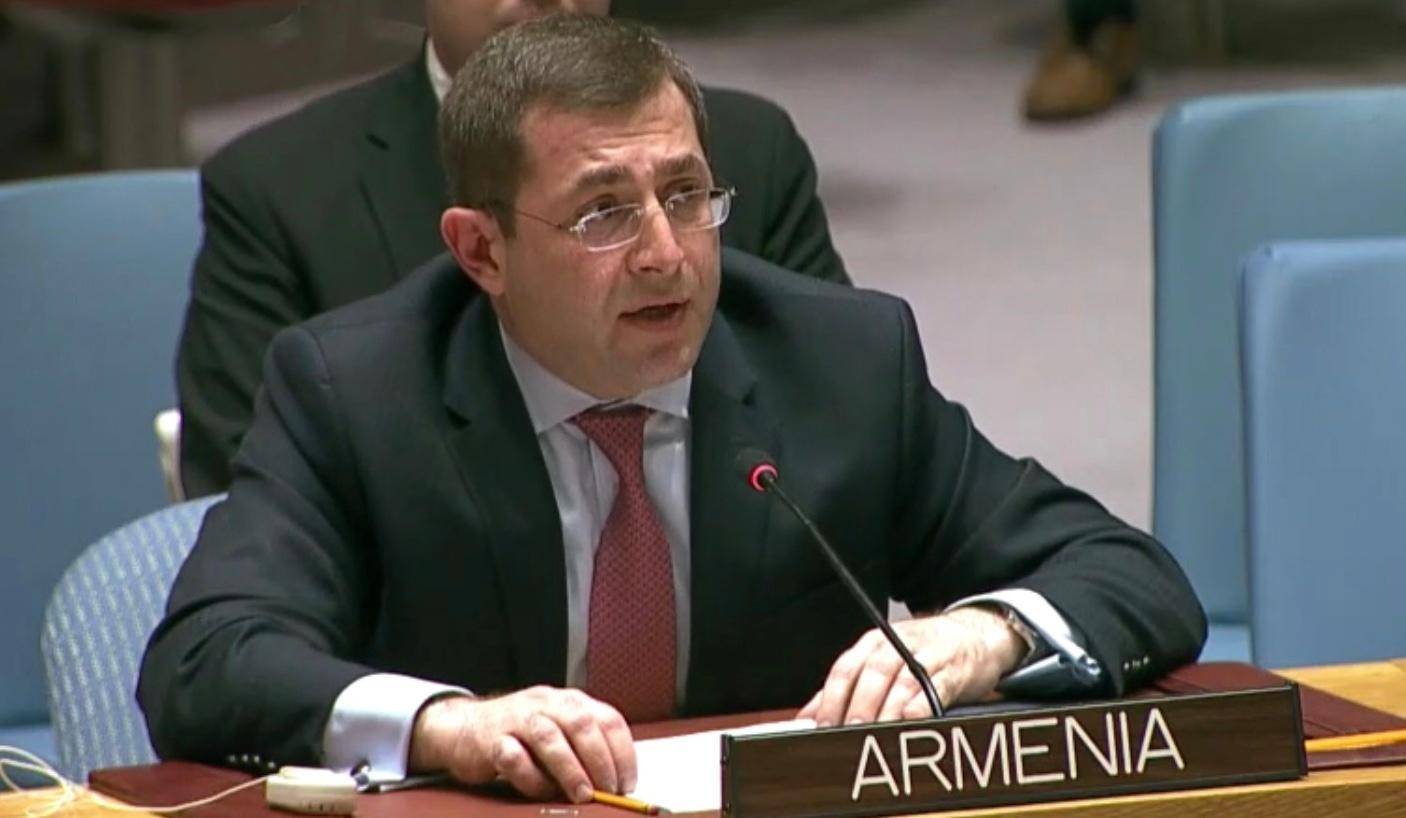 On 19 November 2019 the United Nations Security Council held a meeting on the theme “The role of reconciliation in maintaining international peace and security” during which the UN Secretary-General António Guterres as well as representatives of Member-States reflected on the issue of reconciliation between member states and war-torn societies.

The Permanent Representative of Armenia to the United Nations, Mher Margaryan in his statement mentioned that reconciliation is vital for sustaining peace and security, stressing that crimes of exceptional scope and magnitude such as genocide require a framework of reconciliation, which entails right to truth, justice, accountability and guarantees of non-recurrence. Margaryan emphasized that the recognition and condemnation of the Armenian Genocide is essential for serving truth, historical justice and reconciliation and that the attempts to deny or to justify the crime of genocide, are not only reprehensible, but risk undermining the fight against impunity and efforts to prevent future atrocity crimes.

In his statement the Ambassador of Armenia also referred to the role that religious leaders play in reconciliation efforts and in this regard condemned the recent killing of the priests of the Armenian Catholic Community of Qamishli by the terrorists, stressing that the perpetrators need to be brought to justice.