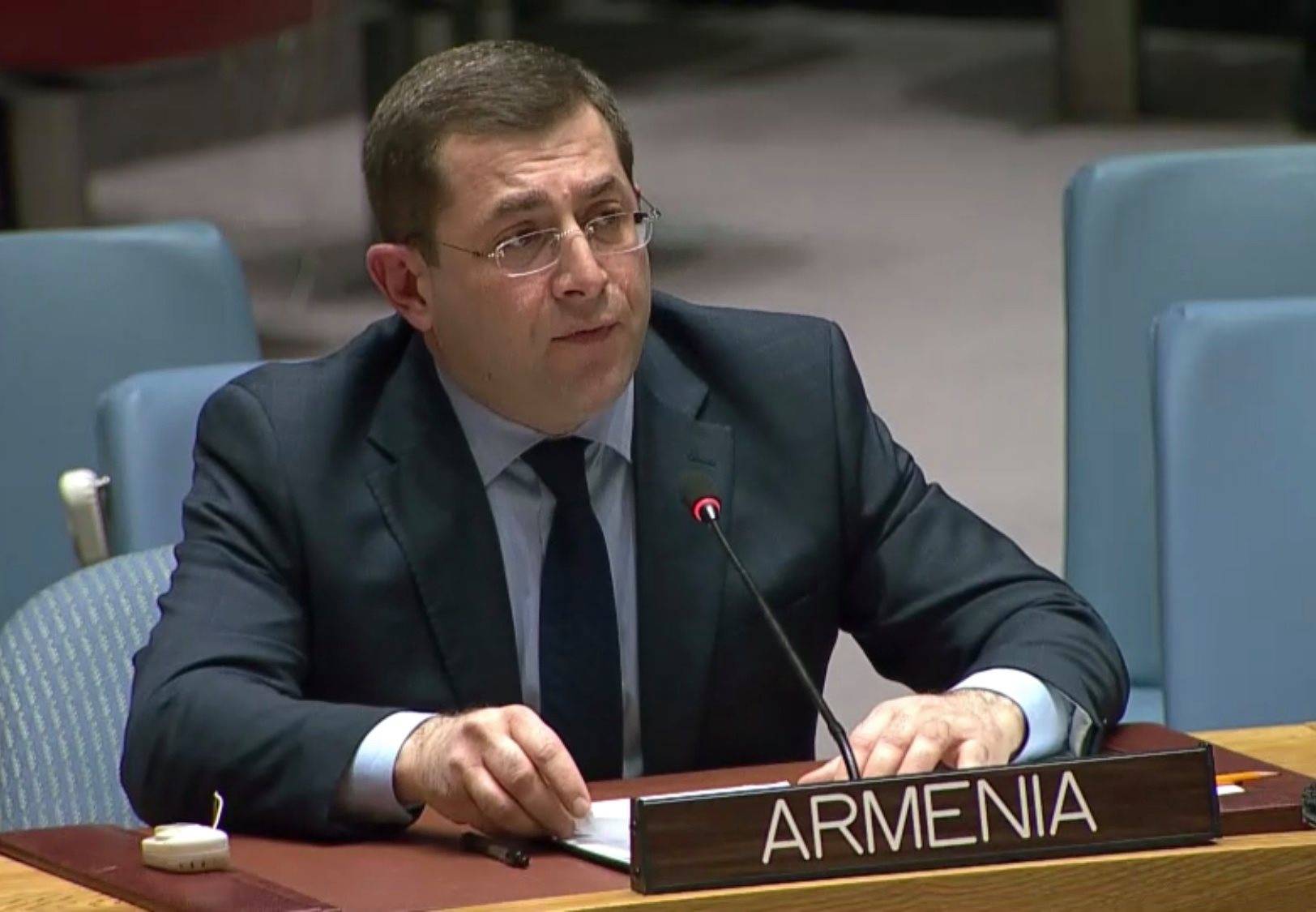 Referring to the 75th anniversary of establishment of the United Nations in the aftermath of the World War II, Mher Margaryan recalled the significant contribution of the Armenian people in the victory which paved the way for the creation of the United Nations Organization.
The Permanent Representative of Armenia pointed out that the right of people to freely define their future is anchored in the purposes and principles of the Charter of the United Nations. In this context he underlined that the right of the people of Nagorno-Karabakh to self-determination through legally binding free expression of will represents a fundamental principle and basic premise for the peaceful resolution of the conflict, which is recognized by the OSCE Minsk Group Co-Chairmanship.

In light of the recent developments in Iraq and the wider Middle East Ambassador Margaryan expressed concern regarding the ongoing situation and the risk of destabilization, reiterating Armenia’s appeal for de-escalation of the situation exclusively through dialogue and peaceful means.