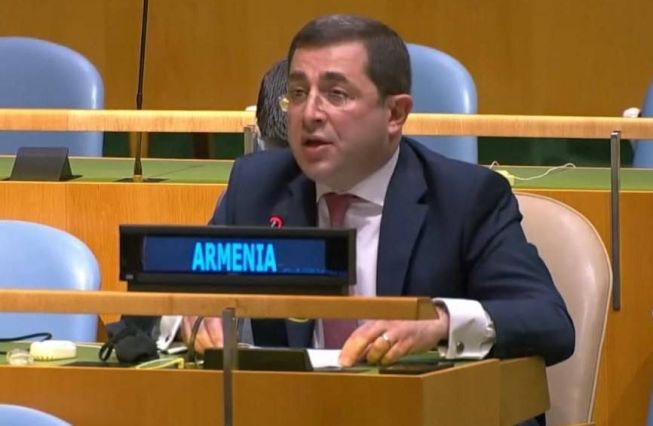 On 7 June, during the Plenary of the United Nations General Assembly, the Permanent Representative of Armenia to the UN Mher Margaryan was unanimously elected as a Chair of the Administrative and Budgetary Committee, one of the six main committees of the UN General Assembly, for the 76th session of the UNGA.

In his remarks the Permanent Representative of Armenia expressed his gratitude to the representatives of the UN member states for the expression of confidence. He stressed his commitment to lead the works of the Committee in an objective and inclusive manner aimed at the enhancing the efficiency of the administration of the United Nations.

Abdullah Shahid (Maldives) was elected as a President of the 76th session of the UNGA, which will begin its works in September, 2021.

The UNGA Fifth Committee is responsible for administrative and budgetary matters and adopts the UN regular and peacekeeping budgets. The Committee's activities also include the questions related of human resources and management of the Organization.