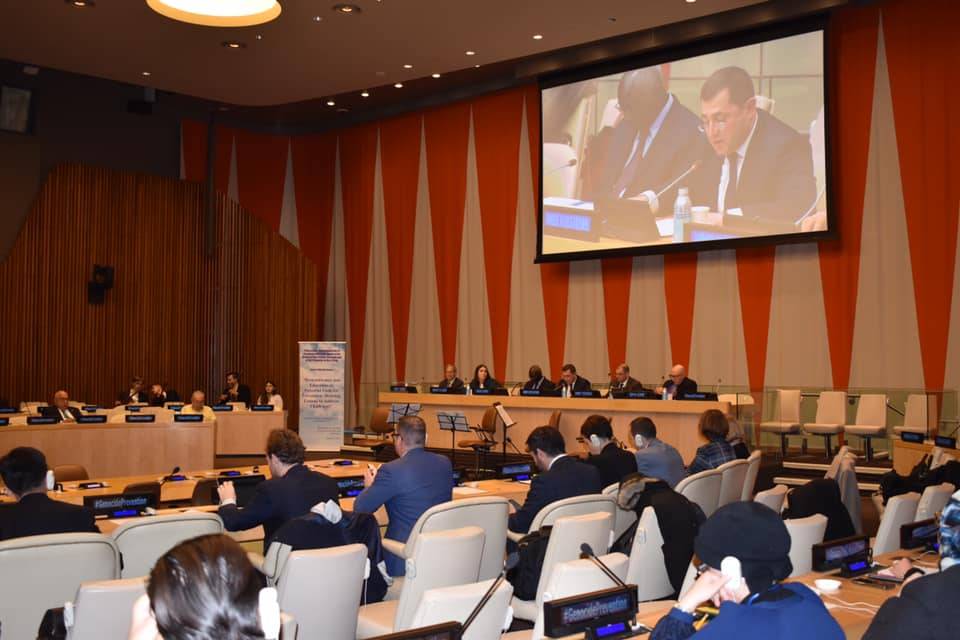 Excellencies, Ladies and Gentlemen,
I am very grateful to you all for gathering today at this solemn event in observance of the International Day of Commemoration and Dignity of the Victims of the Crime of Genocide and of the Prevention of this Crime.

I would like to welcome our panellists: Mr. Adama Dieng, the UN Secretary-General’s Special Adviser on the Prevention of Genocide, Dr. Henry Theriault, President of International Association of Genocide Scholars, Dr. Johanna Vollhardt, Associate Professor from Clark University and Dr. Eric D. Weitz, Professor of History from the City College of New York. I would also like to welcome Dr. Simon Adams, Executive Director of the Global Centre for the Responsibility to Protect who will be the moderator of today’s conversation.

Four years ago, the United Nations General Assembly adopted resolution 69/323, which designated the international day we are observing today. Since its establishment in 2015, the international day of the 9th of December has served as a key multilateral platform to raise global awareness about the Convention on the Prevention and Punishment of the Crime of Genocide, and to pay tribute to the memory and the dignity of millions of victims of the past atrocities.

The Armenian nation has gone through the horrors of genocide in the beginning of the 20th century, hence Armenia bears special duty to consolidate international efforts aimed at prevention of the crime of genocide.

We all know it too well that genocides do not happen overnight. They are usually preceded by a well-recognizable pattern of deterioration of human rights and fundamental freedoms, discrimination and stigmatization of vulnerable groups, cultivation of hate speech that bring about incitement of hate crimes on ethnic and religious grounds.
The United Nations, with its elaborate human rights and prevention toolbox, can play a strong role in advancing early warning against genocide and other atrocity crimes. I would like to acknowledge the central role of the Special Adviser of the Secretary General on the Prevention of Genocide in the global promotion of the prevention agenda.
Armenia stands ready to continue its close cooperation with the UN Office on Genocide Prevention and the Responsibility to Protect in strengthening early warning capacities of the UN system.

Commemoration entails acknowledging of the events of the past and offering apologies to the victims and survivors. Without truth, justice and guarantees of non-recurrence we cannot avert future mass violations of human rights. As the Nobel Prize winner and Holocaust survivor Elie Wiesel has said “to deny would be akin to killing victims a second time”.
Genocide prevention embraces a number of important elements. Today, we are going to focus on the role of remembrance and education for the prevention of future atrocities. Remembrance and education are essential to the prevention framework as they entail acknowledgement of the crime committed in the past as well as commitment for non-recurrence in the future.

I would like to conclude my remarks by inviting you to listen to a musical performance by “Aria” string quartet. The music we are about to hear is composed by Komitas, a priest and composer whose 150 years anniversary is celebrated this year.

His musical and religious career ended, abruptly, in 1915 when Komitas was arrested along with hundreds of other intellectuals, at the start of the Armenian Genocide in Ottoman Turkey. He survived the Genocide but suffered a severe case of post-traumatic stress disorder, spending the last years of his life in seclusion.

Today’s music will sound as a tribute to those who lived through the horrors of genocide and mass atrocities, to connect emotionally with the memory of the victims, in compassion and empathy.

I thank you very much.