Statement by H.E. Mr. Mher Margaryan, Ambassador, Permanent Representative of Armenia to the UN at the UN Security Council Open Debate on “Peacebuilding and sustaining peace: transitional justice in conflict and post‐conflict situations” 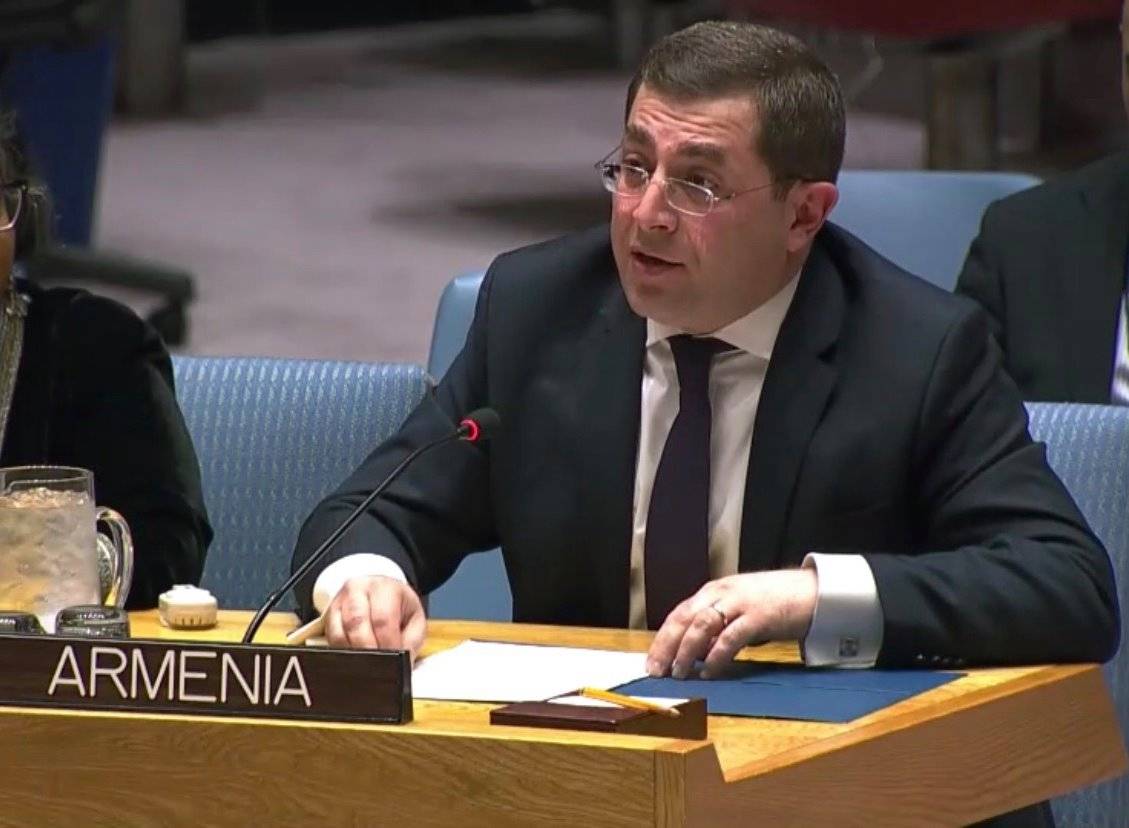 At the UN Security Council Open Debate on “Peacebuilding and sustaining peace: transitional justice in conflict and post‐conflict situations”

I would like to thank the Belgian Presidency for the initiative to include in its Programme of Work an open debate on the theme of transitional justice. We thank High Commissioner for Human Rights Mrs. Michelle Bachelet, as well as the other speakers for highlighting different aspects of the concept of transitional justice, also from the perspective of its practical implementation.

Transitional justice processes and mechanisms are traditionally seen as a critical component of the UN framework for strengthening the Rule of law. Today’s debate is a good opportunity to highlight the role of transitional justice also in the context of prevention agenda.

An important point of reference in this context is the Report of the Special Rapporteur on the promotion of truth, justice, reparation and guarantees of non-recurrence and the Special Adviser to the Secretary-General on the Prevention of Genocide on their Joint Study on the contribution of transitional justice to the prevention of gross violations and abuses of human rights and serious violations of international humanitarian law, including genocide, war crimes, ethnic cleansing and crimes against humanity, and their recurrence” (A/HRC/37/65).

Building comprehensive and legitimate transitional justice processes is essential in terms of acknowledging past grievances and ensuring accountability for past atrocities, as well as for the realization of the rights to truth, justice, reparation and guarantees of non-recurrence.

Effective implementation of transitional justice policies requires victim-centered approach, with special focus on women and children, as the most vulnerable to atrocity crimes. Meaningful participation of women, who have been affected by conflicts should be in the centre of the efforts to seek truth and ensure justice.

Regrettably, we still continue witnessing hate crimes and atrocities against ethnic and religious groups, state-led policy of hatred, racial and ethnic profiling, glorification and justification of past crimes and dehumanization of victims.

The genocidal acts perpetrated against Christians, Yazidis and other communities by terrorist organizations committed in Syria and Iraq are stark reminders that denial of the crime and dehumanization of victims do not merely belong to history.

The Armenian nation has gone through the horrors of genocide in the beginning of the 20th century and still continues to face the challenges of denial and justification of the past crimes. Hence Armenia has been taking consistent measures to consolidate international efforts aimed at prevention of the crime of genocide.

Justification of the Armenian genocide at the highest level by means of denigrating and insulting the dignity of the victims, qualifying it as “the most reasonable act” and manufacturing alternative historical narratives profoundly hampers the efforts to ensure the realization of the right to truth and non- recurrence.

In recognizing the crucial role of civilsociety organizations and institutions, I would like to particularly highlight the important work carried out by the International Centre of Transitional Justice, including on the analysis of the Armenian Genocide.

Armenia is committed to support the efforts of the United Nations to promote transitional justice as an important element of the UN prevention agenda. Over the years we have initiated a number of Human rights Council Resolutions related to the prevention of genocide. Upon Armenia’s initiative the General Assembly has designated 9 December as the International Day of Commemoration and Dignity of the Victims of the Crime of Genocide and of the Prevention of this Crime.

Recognition and condemnation of the past atrocities is vital for preventing identity-based crimes, protecting the universality of human rights and achieving genuine reconciliation and sustainable peace.