Remarks by H.E. Mher Margaryan, Permanent Representative of Armenia to the United Nations at the UN Women Executive Board First Regular Session 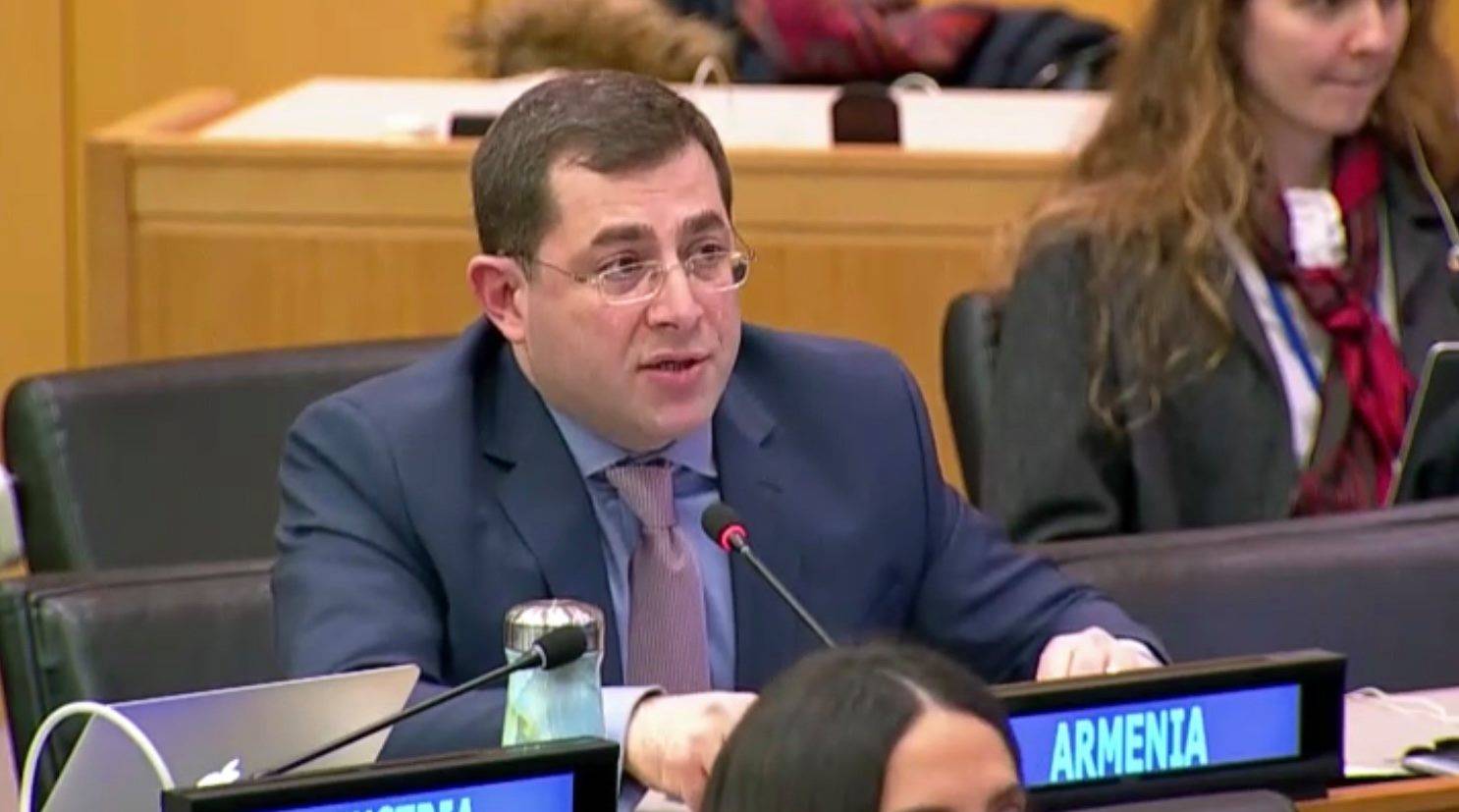 I would like to congratulate you and the Bureau members and wish you every success in driving the agenda of the Board forward. I thank the Under-Secretary–General and Executive Director of UN-Women Ms. Mlambo-Ngcuka for sharing the vision and the priorities of the UN-Women today.

The 10th anniversary of the establishment of the UN Women is one of the key anniversaries we will be celebrating this year. I would like to take this opportunity to stress the pivotal role that the UN-Women plays in mainstreaming gender equality issues across the UN agenda. I also congratulate the newly appointed staff members of the UN-Women and wish them much success.

Promoting gender equality and the empowerment of women is of utmost importance for the Government of Armenia. Last September, Armenia adopted the Strategy and the Action Plan for Gender policy for the period of 2019-23, which prioritizes improvement of national mechanisms for advancement of women, prevention and eradication of gender discrimination, expansion of economic opportunities for women, with a concrete set of measures and timelines for the implementation.

The Council on Women's Affairs established in November 2019, headed by the Deputy Prime Minister of Armenia, brings together a diverse range of stakeholders, including representatives of the executive and legislative branch, as well as civil society.

Wider political and economic participation of women and better social protection mechanisms that would enable women and girls to realize their full potential are among the central priorities of the Armenian Government. Women have been at the forefront of the key political transformations in Armenia since April-May 2018, with a demonstrated commitment to bring peaceful and lasting change. As a result of the last Parliamentary elections today women make 25% of our legislators. We are cognizant of the need to continue on the path of transformations to promote more active participation of women in the decision-making processes, including in political leadership, economic life and local government.

We are keen to share experiences and learn from others and we look forward to advancing women empowerment together.

Having the privilege to chair the UN Commission on the Status of Women for its 64th session, I am pleased to acknowledge the great degree of interest for issues related to gender equality and empowerment of women, in particular, in light of the landmark anniversaries this year, most notably the 25 years of the Beijing Declaration and Platform for Action. With preparations for the session being at full swing, and negotiations of Political Declaration in process I would like to extend my heartfelt thanks to the UN-Women for consistent support provided to the CSW, its Bureau and the member states.

We hope that the upcoming session of the Commission will be instrumental in taking stock of the progress made, identifying the gaps and sending a strong message for scaling up the realization of gender equality and the empowerment of all women and girls.