Statement by Mrs. Zoya Stepanyan, Second Secretary, Permanent Mission of the Republic of Armenia to the United Nations, 58th Session of the Commission for Social Development 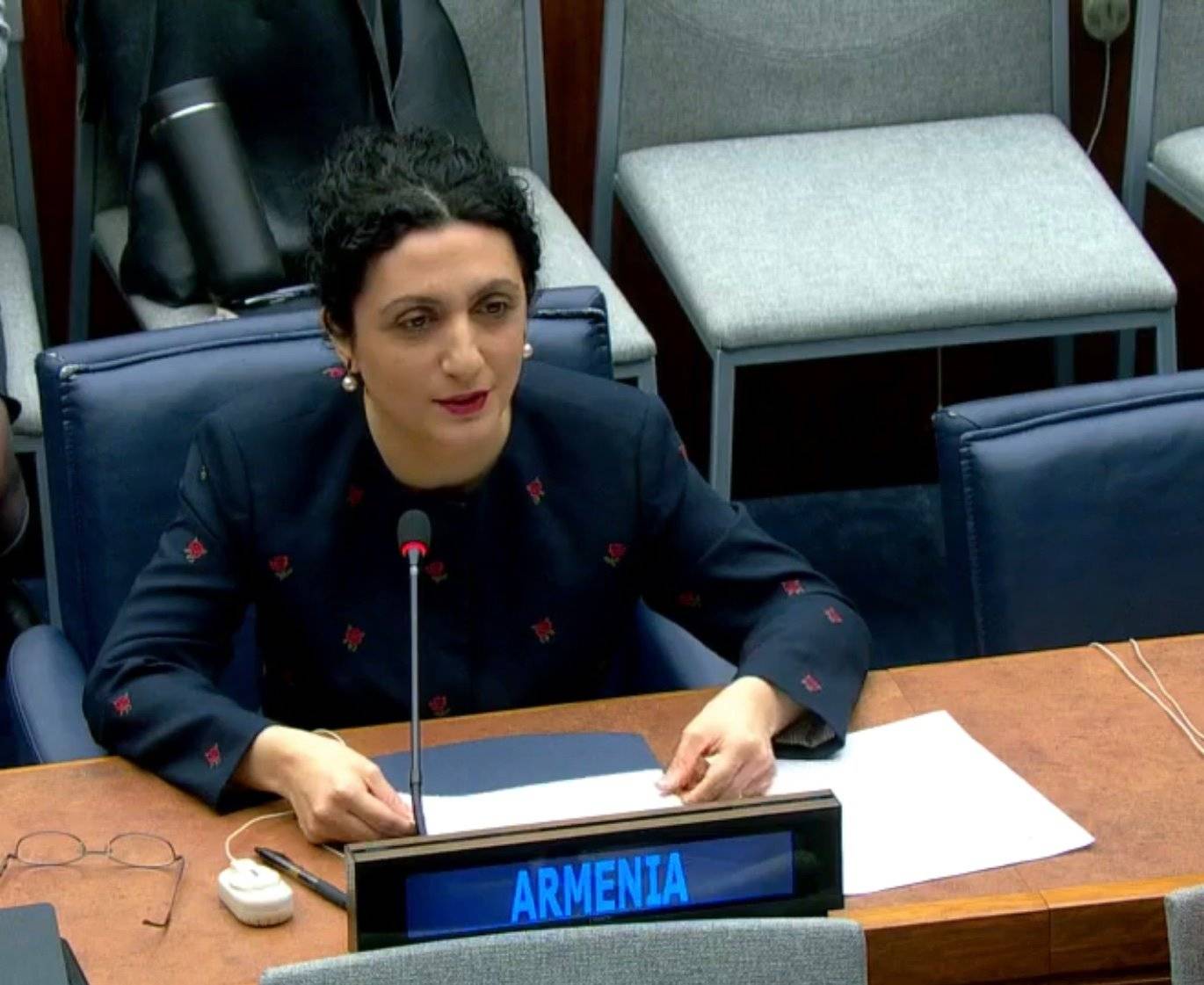 The Delegation of Armenia would like to extend congratulations to you, the Bureau members and the Department of Economic and Social Affairs for successful organisation the 58th Session of the Commission for Social Development.

Almost 25 years ago in Copenhagen, member states signed a comprehensive document outlining the shared understanding that social development is central to the needs and aspirations of people throughout the world. The Copenhagen Declaration acknowledged that mutually supportive economic, social and cultural polices can only be successful if they are based on democracy, human rights, social justice, non-violence, non-discrimination and environmentally conscious approaches.

In recent years Armenia has embarked on broad reforms of its economic and social policies, putting human-rights-based, inclusive and targeted social development at the core of every action at national level. The Government aims at eradication of poverty through promotion of labour, equal economic opportunities and advanced public services. Allocations from state budget to the area of social protection have increased up to 20% in two years. The Development Strategy in the area of Labour and Social Protection is currently being discussed. It is anchored on the vision that employment, healthcare, education, nutrition, gender equality and society free from violence can only be achieved with coherent social protection systems in place.

The actual employment rate has increased by 2.5 percentage points within a year’s time․ Profound economic and political transformation that took place in Armenia in 2018 required revision of Employment strategy. The new draft strategy is based on such key principles as the institutional reform of employment policy, consistent protection of labour rights, elimination of discrimination and pay gap, including gender pay gap, promotion of corporate social responsibility and social entrepreneurship and more targeted projects for vulnerable groups.

Among other important priorities of enhanced social protection is the reform of health care system. Significant growth of allocations for healthcare in 2019 enabled expanded coverage of health services for almost 25% of population and access to quality health care services. One of the important developments in terms of social protection of children has been the Government decision on free universal health coverage for all children under the age of 18 and allocation of financial resources for this purpose.

Secretary General’s report on this year’s priority theme reveals multifaceted nature of the phenomenon of homelessness, diverse groups of people affected by it, as well as persistent and emerging challenges for sustainable solution of housing problems.

Armenia faced a large-scale housing problem after the devastating earthquake of 1988, which left hundreds of thousands without shelter. The consequences of this disaster have not been eradicated to the full extent. This year the Government increased the state funding by 6 times to address the housing needs. The Government also applies the practice of home purchase certificates for families residing in the earthquake zone. Municipalities have developed public-private partnership models to replace the old housing that have emergency risks.

Armenia also experienced large influx of refugees and displaced population. In early 90s in the time of economic hardships and scarce resources we hosted hundreds of thousands of refugees and IDPs. Through Social Housing Action Plan, IDPs and refugees residing in temporary shelters have been included in the program of residential title distribution. In 2020 the Government allocated considerable funding to meet the housing needs of remaining displaced families.

In the aftermath of the conflicts in Iraq and Syria, Armenia hosted around 22000 refugees from these countries. As in all other cases with displaced population, their human rights come first for the Armenian Government in seeking durable solutions. From the first days of arrival of the refugees, the Republic of Armenia adopted integration policy. The comprehensive assistance measures of the Government included accelerated asylum-procedures, facilitated naturalization and issuance of residence permits, durable housing, free medical assistance and scholarships, supports in setting up businesses.

2020 marks anniversaries of key documents. Among others, we will be marking the 5th anniversary of the adoption of 2030 Agenda for Sustainable Development and 25th anniversary of the Beijing declaration and Platform for Action. We hope that this celebratory spirit will provide the momentum to reflect on the most important interlinkages and the need for greater synergy between these milestone documents. Social justice, inclusive social development and workable gender equality mechanisms are few but critical cross-cutting areas where concerted actions may deliver a progressive change for individuals and the societies as a whole.