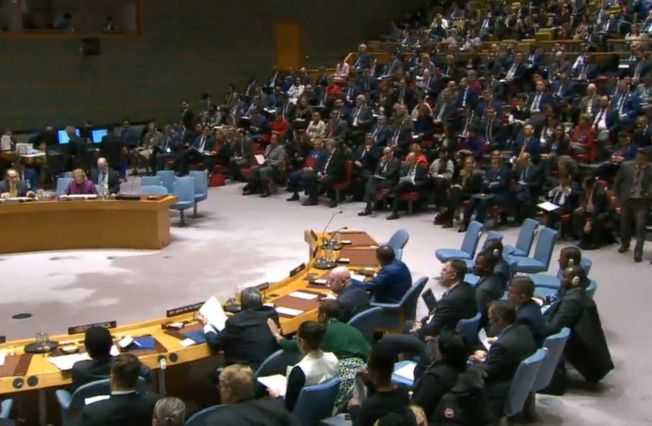 
Mr. President,
I would like to thank the Estonian Presidency for convening the Security Council open high-level videoconference on the theme of protection of civilians in armed conflict. The participation of President of the Republic of Estonia, Kersti Kaljulaid, Secretary-General António Guterres, President of the International Committee of the Red Cross, Peter Maurer and Nobel Peace Laureate, member of The Elders, Ellen Johnson Sirleaf in the videoconference demonstrates the persistent relevance of the topic, in particular in light of the recent new challenges.
We thank the Secretary-General for his report on “Protection of civilians in armed conflict” and for recommendations contained therein. The crisis caused by the spread of the coronavirus disease pandemic has had a severe impact on the protection of civilians in conflict situations.
Armenia has extended its unequivocal support to the Secretary-General’s appeal for a global ceasefire, which is a key prerequisite to facilitate efforts to address the pandemic in conflict contexts. The SG’s appeal was also supported by the authorities of Nagorno-Karabakh.
The Report on “Protection of civilians in armed conflict” points out to the the devastating impact of conflicts on the civilians, with tens of thousands of casualties, gender- based violence targeting women and girls, violations of the human rights of children and indiscriminate attacks on civilian infrastructure. We share the Secretary-General’s view on the urgent need to facilitate the rapid, unimpeded and safe humanitarian access to the conflict affected population to prevent sufferings of the civilians. Attempts to deny humanitarian access for protection needs of the people living in conflict areas should be identified and effectively addressed. The international humanitarian law and the international human rights law continue to remain crucial framework for the effective protection of civilian populations. Armenia attaches utmost importance to full compliance by all parties to conflicts to the Geneva Conventions and their Additional Protocols without any political preconditions.
The promotion of the norms of international humanitarian law is an important element of Armenia’s security sector governance and reform. International humanitarian law is incorporated in the curricula of Armenia’s military educational institutions. The Government of Armenia prioritizes safety of children and protection of their right to education in line with its commitments under the Safe School Declaration. Protection of women and girls affected by conflicts is another important priority of the Government of Armenia, reflected also in the National Action Plan on implementation of the UN Security Council Resolution 1325  on Women, Peace and Security.
Mr. President,
Armenia appreciates close involvement of the International Committee of the Red Cross to protect schools through construction of safe rooms and protection walls and implementation of other programmes. Full and unimpeded access of the ICRC to conflict areas, including to places of detention, is vital for ensuring protection of civilians.
The civilian population of Armenia’s border regions and Artsakh (Nagorno-Karabakh) continue to face serious humanitarian risks, which may further exacerbate due to the spread of pandemic and suspension of activities of the conflict-related field operations. The strict adherence to the 1994 trilateral ceasefire agreement concluded by Nagorno-Karabakh, Azerbaijan and Armenia and the 1995 agreement on consolidation of the ceasefire regime, is essential to ensure protection of civilians and prevent violations of international humanitarian law.
We strongly condemn continuous attempts of Azerbaijan to escalate the situation along the Line of Contact between Artsakh and Azerbaijan and the Armenian-Azerbaijani border, including targeting of civilians, border settlements and infrastructure, infiltration attempts and large-scale unnotified military exercises of offensive nature. At a time when the international community is consolidating its efforts in responding to the COVID-19 pandemic, such actions display total disregard of the Secretary-Generals appeal for a global ceasefire and the calls by the OSCE Minsk Group Co-Chairs to refrain from any provocative action that could further raise tensions during this period.
Mr. President,
Armenia has been raising for a long time the need to address the manifestations of racial and ethnic profiling, glorification of hate crimes, denial and justification of past crimes, especially led and encouraged by state leaders.
On May 26 the European Court of Human Rights  made its ruling on the case of “Makuchyan and Minasyan vs Azerbaijan and Hungary” in relation to the release and glorification by Azerbaijan of its officer by the name Ramil Safarov, who murdered Armenian officer Gurgen Margaryan when he was asleep by axing him to death while participating in a training course within the framework “Partnership for Peace” programme in 2004 in Budapest.
The ruling stated that: “The court is particularly struck by the fact that, in addition to immediate release, upon his return to Azerbaijan R.S. was granted a number of benefits, such as salary arrears for the period spent in prison, a flat in Baku and a promotion in military rank awarded at a public ceremony.” The release of the convicted murderer by the decree of the President of Azerbaijan and his glorification is a disrespect and affront to the standard of civilization and human dignity.
Today, resolute actions by the United Nations and regional organizations to advance prevention, including prevention of hate speech and identity-based crimes are ever more critical to ensure effective protection of civilians in armed conflict.
Thank you.
share:
MFA RA
official website
Dual citizenship
Electronic visa
Visa applications