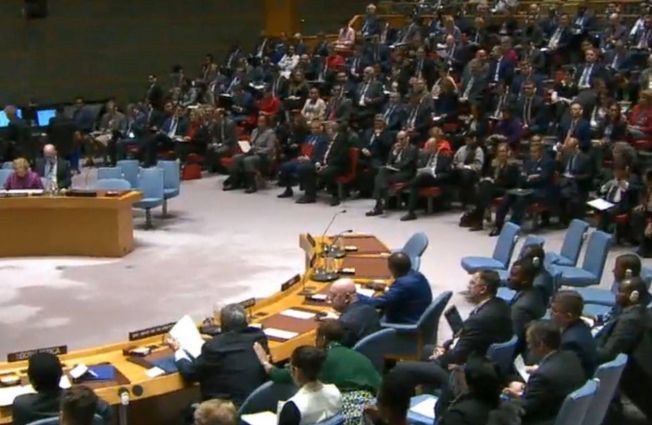 
Mr. President,
I would like to thank the French Presidency for convening the Security Council open debate via teleconference on the theme of children and armed conflict. We also thank the Special Representative for Children and Armed Conflict Ms. Virginia Gamba and the Executive Director of UNICEF Ms. Henrietta Fore for highlighting the challenges related to the protection of children in armed conflict.
The 15th anniversary of the landmark UN Security Council Resolution 1612 is an opportunity to elaborate on the achievements and good practices in its implementation and ways forward to advance the efforts of the international community to prevent violence against children in conflict situations. The UN-led Monitoring and Reporting Mechanism and the Working group of the Security Council on Children and Armed Conflict have been instrumental in operationalizing the provisions of the resolution with the success of their activities being measured by thousands of saved lives of children.
We thank the Secretary-General for his report on “Children and armed conflict” and for recommendations contained therein. We are concerned about very high number of incidents of the killing and maiming of children, as well as abductions, sexual violence, recruitment and use of children, which underscores the imperative of scaling up the international response to violations of international humanitarian law and international human rights law.
The crisis caused by the spread of the coronavirus disease pandemic has heavily affected civilians, trapped in conflicts, including children. We share the Secretary-General’s recommendation to all parties to conflicts to allow safe, timely and unimpeded humanitarian access, in order to provide assistance to children. Attacks and targeting of humanitarian workers are unacceptable and should be clearly condemned. As stressed in the Secretary-General’s appeal for global ceasefire, silencing of guns is crucial to help create corridors for life-saving aid to the most vulnerable, including children.
Having unequivocally endorsed the Secretary-General’s appeal, Armenia and Artsakh (Nagorno- Karabakh) continue to implement fully and in good faith the trilateral ceasefire agreement of 1994 with Azerbaijan and the 1995 agreement on consolidation of the ceasefire regime.
The continuous attacks on schools and their use for military purposes also remain a source of serious concern. The fifth anniversary of the Safe School Declaration creates a momentum to step up the efforts of the international community on protection of the right to education of children, affected by conflicts in the international agenda. I would like to underline the urgency of reaching out to children residing in conflict areas to ensure their access to safe and quality education.
Armenia reiterates its support of the mandate of the Special Representative in preventing grave violations, advancing the agenda of Children and Armed Conflicts in activities of the UN agencies and promoting cooperation with regional organizations, civil society and other stakeholders aimed at ensuring effective protection on the ground.
Mr. President,
Armenia prioritizes protection of children and upholding their human rights, as reflected in its national policies and programmes and frameworks of international cooperation. We support the call of the UN Secretary-General prioritize education for all children and put an emphasis on the most vulnerable, including children in conflict situations, as reflected in his message on the Effect of the COVID-19 Pandemic on Children.
We commend the efforts of the UNICEF in alleviating the impact of the COVID-19 pandemic on children in Armenia, including projects aimed at supporting continuity of education through partnership with private sector and civil
society organizations.
The ICRC is an important partner for Armenia in promoting safe education in conflict-affected border regions, in line with our international commitments, including the Safe School Declaration. We also welcome the recently adopted General Assembly resolution on International Day to Protect Education from Attack, which Armenia has co-sponsored.
Mr. President,
In our region the aggression of Azerbaijan against the people of Nagorno-Karabakh has been accompanied by deliberate indiscriminate attacks on civilian population and infrastructures, including schools and healthcare facilities, resulting in killing and injuring of civilians, including children. The suspension of activities of the conflict-related field operations due to the pandemic increases humanitarian risks for the civilian population, including children in Artsakh (Nagorno- Karabakh) and border regions of Armenia. The recent military provocation of Azerbaijan on the Armenian-Azerbaijani border resulted in the wounding of a 14 years old child. Armenia deplores in strongest terms the provocations of Azerbaijan along the Line of Contact between Artsakh and Azerbaijan and the Armenian-Azerbaijani border, in violation of its obligations under the international humanitarian law. Such appalling actions are in stark contrast with the Secretary- General’s appeal for a global ceasefire and the relevant calls of the OSCE Minsk Group Co-Chairs.
We are equally alarmed at the reports of involving children in state-sponsored propaganda of hatred. Educational curricula in kindergartens and schools of Azerbaijan deliberately expose children to anti-Armenian propaganda, fueling ethnic hatred and inciting violence and intolerance. The Report of the European Commission against Racism and Intolerance on Azerbaijan, adopted in 2016 highlights that “political leaders, educational institutions and media have continued using hate speech against Armenians; an entire generation of Azerbaijanis has now grown up listening to this hateful rhetoric”. Such policies and practices are incompatible with norms and principles of international human rights law and international humanitarian law and must be identified and adequately responded by the international community.
I thank you.
share:
MFA RA
official website
Dual citizenship
Electronic visa
Visa applications