Statement by H.E. Mher Margaryan, Permanent Representative of Armenia to the UN, at the High Level Forum on the Culture of Peace convened by the President of the 74th Session of the UN General Assembly 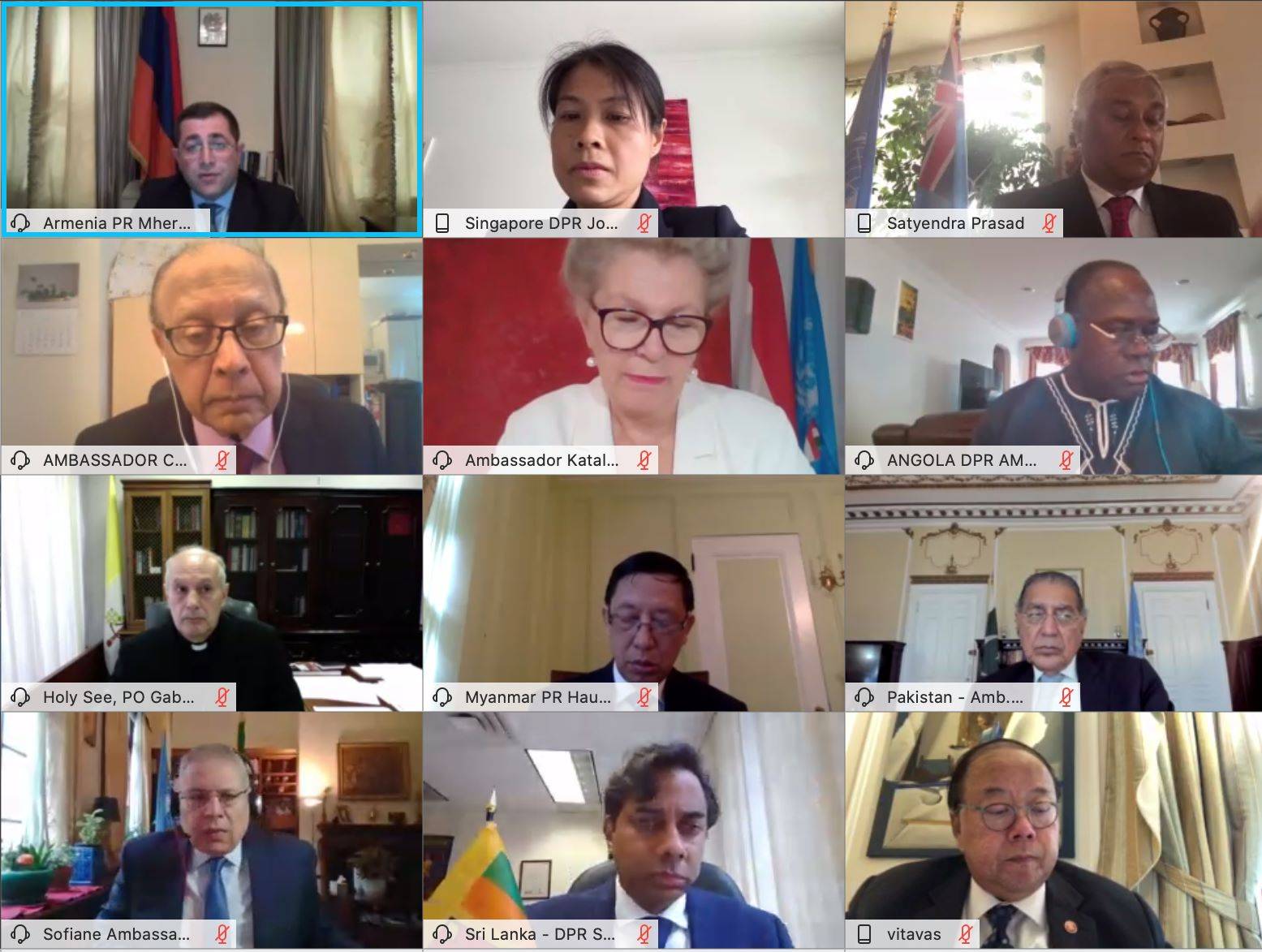 
Mr. President,
Thank you for convening this high-level forum, which stands as an important platform to reaffirm collective commitment to promoting harmony of civilizations and preventing exclusion, hatred and radicalization. Amidst the global turbulence of the pandemic, the ideas, goals and principles expressed in the Declaration and Programme of Action on the culture of peace remind us of the essential role of constructive dialogue and tolerance in fostering peace and solidarity across borders and boundaries.
The crisis caused by the COVID-19 pandemic is a test that involves not only the healthcare systems, economic and social protection mechanisms, but also the global pledge to equality, non-discrimination and protection of human rights and human dignity. The disproportionate impact of the pandemic on vulnerable populations, including the elderly, the children, women and youth is a matter of great concern. Among the hardest hit are the people in conflict areas, whereby lack of humanitarian access severely exacerbates human suffering and further endangers the right to life and right to health of the affected populations. The Secretary-General’s appeal for an immediate global ceasefire came at a critical time for the international community to mobilize efforts to fight the pandemic and needs to be further sustained and consolidated.
Mr. President,
Armenia is committed to efforts aimed at building peaceful and inclusive societies. The Government of Armenia is attaching high priority on promoting the values of inclusion, social cohesion and solidarity, which have been central to the fundamental transformations in our country following the peaceful, non-violent revolution in 2018. Ensuring inclusive, human rights-based and people-centered approach remains an ultimate priority for the response and recovery efforts, to which we are fully committed, in line with the collective pledge of leaving no one behind. We firmly believe that women have a key role to play in promoting dialogue, confidence building, peace and reconciliation. Inclusive engagement of all women in peace and security efforts is vital for promoting lasting and durable settlements and sustaining peace.
Mr. President,
There is a need to step up global efforts to help mitigate situations where the values of tolerance, respect and non-discrimination are increasingly challenged. Resolute action is required to combat intolerance and xenophobia. At this difficult time in the history of humanity we are increasingly disturbed by irresponsible actions that serve to introduce new divisive lines instead of aiming at providing cultural and civilizational space for all. We are gravely concerned that, despite enormous efforts of the multilateral system, there are cases of destabilizing military build-ups and escalations, instances of hate speech and bellicose rhetoric at the highest political level, including in our immediate neighborhood, accompanied with incitement of animosity and despicable attempts to export violence and racism.
Armenia resolutely rejects racial and ethnic profiling and instigation of inter-ethnic animosity, as these can only cultivate fertile ground for radicalization. We have welcomed the launch of the UN Strategy and Plan of Action on Hate Speech and remain a strong contributor to the international efforts for the prevention agenda. As demonstrated so many times before, intolerance, cultivation of hate speech against ethnic and religious groups, if not properly addressed, can lead to mass atrocities and crimes against humanity. We have been consistent in supporting multilateral efforts aimed at prevention of genocide and strengthening early warning capacities of the United Nations. The UN resolutions tabled by Armenia on the prevention of genocide constitute important manifestation of effective multilateralism which we are strongly supporting.
In conclusion, I would like to reiterate Armenia’s unwavering adherence to the promotion of the ideas, goals and principles enshrined in the Declaration and Programme of Action on the Culture of Peace. As a strong supporter of the overarching objective of the concept of culture of peace, Armenia was honored to initiate one of the three UN GA resolutions tabled under agenda item 15 last December, as the international community marked the 20th anniversary of the Declaration and Programme of Action on the Culture of Peace. The world chess day established by resolution 74/22 initiated by Armenia with co-sponsorship of 53 countries reflects on the transformative power of chess in helping break down racial, political and social barriers, change perceptions and prejudices, combat discrimination and defuse conflict. The inaugural observance of the Day in July has demonstrated the remarkable resilience adaptability and a very strong convening power of chess in time of pandemic, helping reduce anxieties and improve mental health.
We look forward to working together to advance the positive message of diversity and tolerance and reaffirm our commitment to continue to contribute to the debate on this important agenda.
I thank you.
share:
MFA RA
official website
Dual citizenship
Electronic visa
Visa applications