Statement by H.E. Mr. Mher Margaryan Permanent Representative of Armenia to the United Nations, at the UN Security Council open debate entitled “Children and Armed Conflict: Attacks against Schools as a Grave Violation of Children's Rights” 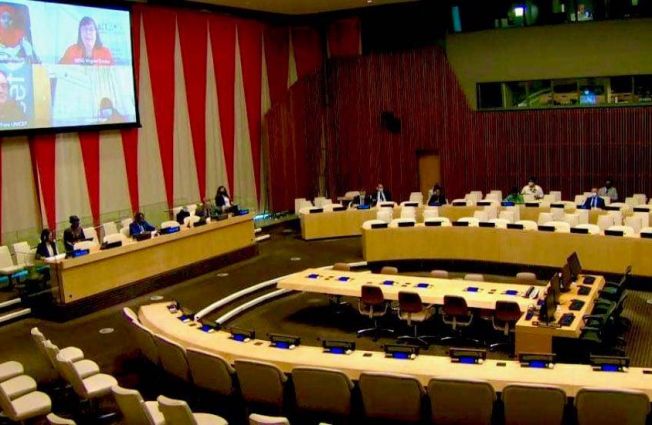 
Mr. President,
I would like to express appreciation to the Presidency of Niger for convening this important and timely open debate via teleconference. We also thank the Special Representative for Children and Armed Conflict Ms. Virginia Gamba and the Executive Director of UNICEF Ms. Henrietta Fore, as well as representatives of civil society for highlighting the challenges related to the protection of children in armed conflict and upholding their human rights.
The debate is taking place as we mark the inaugural observance of the International Day to Protect Education from Attack pursuant to the General Assembly resolution 74/275, of which Armenia is a co-sponsor. The International Day provides an important platform to raise awareness on the challenges faced by the children and to step up the efforts of the international community to promote schools as safe spaces for children.
Five years into its adoption, the Safe School Declaration remains an essential blueprint to accelerate practical measures on the ground to strengthen safety and security of schools and to ensure quality education for all boys and girls affected by conflict. The reports of the Secretary-General and the Special Representative of the Secretary-General for Children and Armed Conflict highlight multiple challenges and dangerous trends in protection of children in conflict areas. Armenia is gravely concerned about the drastic increase of denial of humanitarian access to children, attacks and destruction of schools and their use for military purposes, killing, sexual violence, recruitment and use of children.
The crisis caused by the spread of the coronavirus disease pandemic has heavily affected hundreds of millions of children, leading to large-scale disruption of education and further exacerbating education disparities for the most vulnerable, in particular children residing in conflict areas. School lockdowns and movement restrictions have necessitated distance learning measures, with access to Internet and digital connectivity essential to ensuring continuity of education for children.
Protection of children and upholding their human rights, including the right to education is a critical priority for Armenia. As stressed in the Secretary-General’s appeal for global ceasefire, silencing of guns is crucial to help create corridors for life-saving aid to the most vulnerable, including children. Armenia supports the call of the UNSG to prioritize education for all children, including children in conflict situations, as reflected in his message on the Effect of the COVID-19 Pandemic on Children․
Mr. President,
In our region, Armenia is gravely concerned by continued attempts of denial of the human rights and fundamental freedoms of children, including their inalienable right to education. The military aggression of Azerbaijan unleashed against the people of Nagorno Karabakh in the early 1990s, accompanied by grave violations of international humanitarian law and international human rights law, entailed deliberate indiscriminate attacks on civilian population and infrastructures, including schools and healthcare facilities.
Children of Nagorno-Karabakh became intentional and indiscriminate targets during the large-scale offensive in April 2016. Vaghinak Grigoryan was only 12 years old when he was killed in front of the school building, as a result of a missile attack launched by Azerbaijan, injuring two more schoolchildren. We express our dismay that the perpetrators of these horrendous crimes were glorified at the highest level by the leadership of Azerbaijan in an apparent move to encourage, at the state level, identity-based hate crimes against the Armenian children. The recent military provocation of Azerbaijan in July this year resulted in the wounding of a 14-year-old child in the Tavush region of Armenia. Such crimes are in stark contradiction with the Secretary-General’s appeal for a global ceasefire in all corners of the world and must be condemned at all levels.
Armenia is resolute to follow up on our obligations under international humanitarian law, as well as to uphold the goals, objectives and principles enshrined in the Safe School declaration, the Paris Principles and the Vancouver Principles, which Armenia has endorsed, in line with our demonstrated commitment to promote and protect the rights and the dignity of children, everywhere.
Thank you.
share:
MFA RA
official website
Dual citizenship
Electronic visa
Visa applications