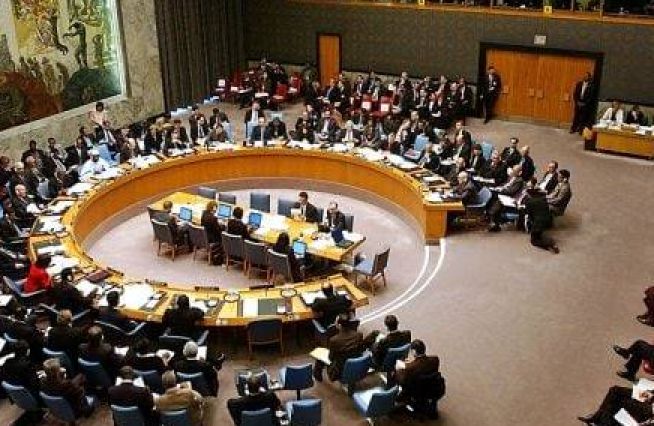 
Mr. President,
I would like to thank the Presidency of the Russian Federation for organizing the Security Council meeting to mark the landmark anniversary of adoption of the resolution 1325 on women, peace and security. We also thank the Secretary General, the Executive Director of UN Women and other speakers for their comprehensive remarks, outlining the importance of meaningful participation of women in promoting peace and security. We commend the personal contribution and leadership of the Secretary-General Guterres in promoting equal opportunities for women across the United Nations system.
The UNSCR 1325 has been instrumental in consolidating the efforts of the international community to promote the role of women in conflict prevention, peacebuilding and peacemaking. It also set a normative framework for ensuring protection of women and girls in conflict situations. The anniversary of the resolution creates an important momentum to scale up practical measures of countering all forms of violence against women and girls in conflicts and address their special protection needs.
Armenia prioritizes advancing of women, peace and security agenda in the framework of its national policies and programmes aimed at promoting gender equality, political and public participation of women and their economic empowerment. Adoption of the National Action Plan on the implementation of UNSCR 1325 has made the national policies more coherent and coordinated to this end.
The National Action Plan attaches great importance to the inclusive engagement of all women affected by the Nagorno Karabakh conflict in peace and security efforts. Among its focus areas are the protection of the rights of women and girls affected by the conflict, providing special protection for displaced women and girls and upholding their socio-economic rights.
Mr. President,
20 years after adoption of the Resolution 1325, and despite significant progress in advancing the participation of women in peace processes, upholding their rights in conflict situations and engagement of women in security sector, women continue to be disproportionately affected by conflicts and complex humanitarian emergencies, including in our region.
This discussion comes at the backdrop of the ongoing preplanned large-scale offensive against the people of Artsakh unleashed by Azerbaijan with direct military support of Turkey and involvement of the foreign terrorist fighters and mercenaries. The military aggression was accompanied with indiscriminate bombardments, artillery and missile strikes of the capital city Stepanakert, other settlements and critical infrastructure of Nagorno-Karabakh, resulting in killing of dozens of civilians, with hundreds of wounded, including many women and children.
The actions of the Azerbaijani army have led to massive violations of human rights and the international humanitarian law. Targeted attacks of residential buildings, hospitals, schools and other objects of critical infrastructure have caused a humanitarian crisis, which has affected women and girls as the most vulnerable. On 28 October, the armed forces of Azerbaijan launched targeted strikes on the residential areas of Stepanakert and Shushi, causing causalities among the civilian population and completely destroying the maternity hospital of Stepanakert, in gross violation of international humanitarian law and customary law.
Perpetrated amidst the Covid-19 pandemic, Azerbaijan’s heinous actions are aimed at denying people access to essential services, erasing decades-long efforts to fight disease, reduce child mortality and improve maternal health, and, as such, reveal the criminal purpose of the leadership of Azerbaijan of making life in Artsakh impossible. Moreover, the decision of the political-military leadership of Azerbaijan to target a maternity ward whose location was well known to the military clearly demonstrates the genocidal intention “to destroy, in part or in whole, a racial, ethnic, religious, or other group” by preventing births of a particular ethnic group in Artsakh.
The international community should resolutely and unequivocally condemn the ongoing aggression by Azerbaijan with the involvement of Turkey and foreign terrorist fighters and extend its support to the efforts of the OSCE Minsk Group Co-Chairs to achieve verifiable ceasefire, which is crucial to ensure protection of civilians, including women and girls from violence and restore their inalienable rights.
In conclusion, I would like to reiterate Armenia’s firm commitment to further streamline women empowerment in its reform agenda and promote their active participation in political and public life as important prerequisites for promoting peace and stability.
Thank you.
share:
MFA RA
official website
Dual citizenship
Electronic visa
Visa applications