Statement of H.E. Mr. Mher Margaryan, Permanent Representative of Armenia, at the UN Security Council VTC Meeting on “20th Anniversary of Resolution 1373 and the Establishment of the Counter-Terrorism Committee: Trends, challenges and opportunities” 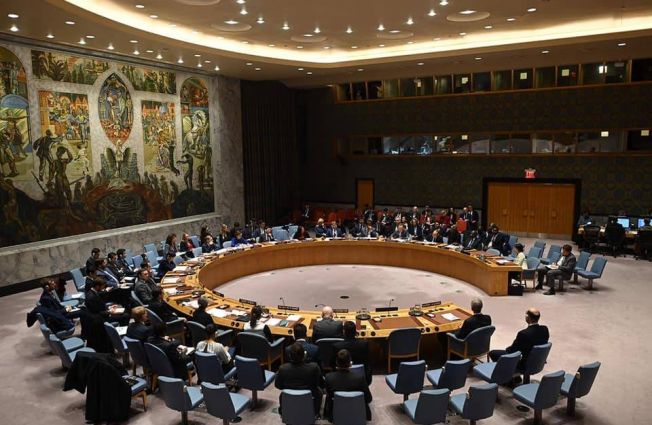 
Mr. President,
I would like to thank the Presidency of Tunisia for prioritizing in its agenda the topic of countering terrorism and organizing the Security Council Open Debate on this pertinent topic. We thank the Under-Secretary-General of the Office of Counter-Terrorism Mr. Vladimir Voronkov and the Assistant Secretary-General and Executive Director of the Counter-Terrorism Committee Executive Directorate Ms. Michèle Coninsx for leading the activities of the UN respective bodies in providing coordinated and integrated response to the scourge of terrorism and assisting member states in implementation of their obligations under the UNSC resolution 1373 and other relevant SC resolutions.
Adoption of the SC resolution 1373 following the terrorist attacks on 11 September 2001 and the establishment of the Counter-Terrorism Committee was a turning point in streamlining the international efforts against terrorism.
Preventing and countering terrorism requires a holistic and cross-dimensional approach and entails such aspects as border control and management, money laundering and financing of terrorism, countering intolerance, violent extremism, radicalization and hate crimes and protection of human rights while countering terrorism.
While terrorism cannot be associated with any particular religion, nationality or ethnic group, we have to acknowledge that terrorists have exploited religious solidarity to commit heinous crimes against humanity targeting religious and ethnic groups.
The 20th anniversary of resolution 1373 is an important opportunity to identify challenges and gaps and recommit to efficient cooperation in countering terrorism. Since no country is immune to terrorism, the international community should stand united and work hand in hand to counter terrorism in all its manifestations.
Mr. President,
Armenia remains firmly committed to the global fight against terrorism and is actively engaged in international and regional activities aimed at the implementation of the counter-terrorism conventions and their additional protocols, as well as the relevant resolutions adopted by the UN Security Council. We highly value the cooperation in the framework of regional organizations, particularly within the Organization for Security and Cooperation in Europe (OSCE) and the Collective Security Treaty Organization (CSTO) in promoting and facilitating cooperation, sharing good practices and building stronger capacities to effectively address the threats of terrorism.
Indeed, mobilization of foreign terrorist fighters in conflicts represents a new alarming trend. The spread of the COVID-19 pandemic and rise of intolerance and hate speech has created conducive environment for revival of activities of terrorist organizations. Violent ideology of terrorists finds a breeding ground in situations of state-led and state-sponsored radicalization of society, aiming at consolidation of power and identity building, through scapegoating and demonizing certain ethnicities and nations. Our region is not immune to the scourge of terrorism and its radical ideology and violent practices.
Amidst the outbreak of an unprecedented global pandemic, on 27 September 2020 Azerbaijan, with the direct support of Turkey, employed thousands of foreign terrorists fighters in a large-scale military aggression against Nagorno-Karabakh (Artsakh). The offensive led to massive loss of human life, displacement of tens of thousands of civilians, destruction and desecration of religious and cultural heritage and other gross violations of international human rights law and humanitarian law. The ISIL-style torture, inhuman treatment and executions of prisoners of war and civilian hostages by the Azerbaijani forces was widely disseminated and glorified in the media outlets and social networks.
The recruitment of foreign terrorist fighters by Turkey from the Middle East and their transfer to Azerbaijan and the Nagorno-Karabakh conflict zone is a well-established and documented fact, acknowledged by law enforcement agencies of several countries and extensively reported by independent observers.
The UN Working Group on the use of mercenaries of the United Nations Human Rights Office of the High Commissioner in its Statement of 11 November 2020 has referred to “widespread reports that the Government of Azerbaijan, with Turkey’s assistance, relied on Syrian fighters to shore-up and sustain its military operations in the Nagorno-Karabakh conflict zone, including on the frontline. The fighters appeared to be motivated primarily by private gain, given the dire economic situation in the Syrian Arab Republic. In case of death, their relatives were reportedly promised financial compensation and Turkish nationality. It is even more disturbing that the Syrian fighters deployed to Azerbaijan are allegedly affiliated with armed groups and individuals that, in some cases, have been accused of war crimes and serious human rights abuses during the conflict in Syria, thus seemingly perpetuating a cycle of impunity and risking further abuses of international law”.
Mr. President,
We recognize the essential role that the Security Council sanctions committees play in ensuring accountability for terrorist entities and individuals, assessing the evolving global terrorism threat and emerging trends in the activities of terrorist organizations while monitoring compliance of the member states with the sanction regimes.
We also encourage stronger cooperation and coordination between the Counter-Terrorism Committee, its Executive Directorate, Office of Counter-Terrorism and other relevant UN bodies in ensuring efficient and integrated response of the United Nations counter-terrorism architecture to the new threats and assisting the member states in implementation of their commitments on preventing and countering terrorism.
Thank you.
share:
MFA RA
official website
Dual citizenship
Electronic visa
Visa applications