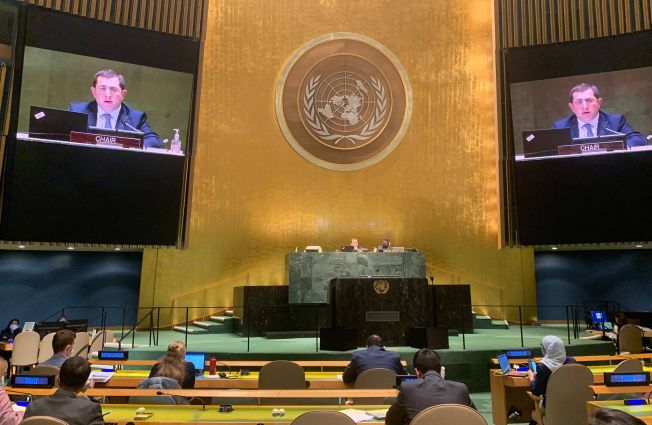 On 23 December, the Administrative and Budgetary Committee (Fifth Committee) of the General Assembly chaired by the Permanent Representative of Armenia to the UN Mher Margaryan concluded the work of the main session, adopting the budget of the United Nations for 2022.

The Committee also adopted a number of resolutions related to the UN financial and administrative matters, including the scales of assessment, which define the scales of the annual contributions of the 193 member States to the budget of the United Nations.

The adoption of the UN annual budget by the Committee was preceded by extensive negotiations with among the member states delegations and deliberations with the representatives of the UN bodies,  upon the consideration of reports submitted to the committee.

In his concluding remarks, Ambassador Margaryan thanked all the delegations, as well as the Secretariat colleagues for their constructive engagement emphasizing the importance of the timely adoption of the UN budget and the related resolutions, which are crucial for ensuring unhindered operations of the Organisation and for enabling it to properly manage the necessary financial and human resources.