Statement by H.E. Mher Margaryan, Permanent Representative of Armenia to the UN, at the UNSC VTC, Meeting “Religion, Belief and Conflict: the protection of members of religious and belief groups in conflict and religious actors in conflict resolution” 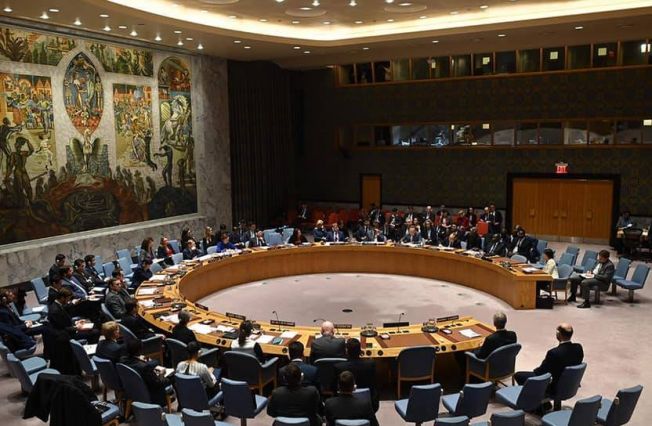 We thank the United Kingdom for convening the Arria Formula meeting on such a relevant topic of protection of members of religious groups in conflict and religious actors in conflict resolution and recognize the Rt. Hon. Justin Welby, Archbishop of Canterbury, Special Adviser Karim Khan QC, Professor Azza Karam and member of the Yazidi community Ms. Ekhlas Bajoo for bringing their valuable contribution to the discussions.

Historically, protection of religious groups has played an important role in shaping the international system of human rights. In the 19th and beginning of 20th century the joint efforts of European Great Powers to protect Christians from mass atrocities shaped the concept of human rights as a matter of legitimate concern for all states.

The genocidal acts perpetrated against Christians, Yazidis and other communities by terrorist organizations committed in Syria and Iraq are stark reminders that denial of the crime and dehumanization of victims do not merely belong to history. We continue to witness instances whereby entire communities are subject to violence and persecution for the mere fact of belonging to a particular religious group, attempts to introduce religious dimension to the armed conflicts, abuse of religion to promote identity-based hate crimes and atrocities.

Yazidi people in Iraq were one of the victims of religious violence and genocidal persecution in Middle East. In 2018, the National Assembly of Armenia adopted a Statement on the recognition and condemnation of the Genocide of Yazidis by the terrorist organizations, calling for investigation and accountability for the committed crimes, ensure security and protection of the Yazidi people and take all necessary measures to prevent human rights violations. Historically, our country has been a homeland for the Yazidi people, and, in 2019, the largest Yazidi temple in the world opened its doors in Armenia, which also symbolizes the centuries-old interfaith and intercultural harmony and coexistence between the Armenian and Yazidi peoples.

The violence and atrocities did not bypass Syrian Armenians, many of whom, including religious leaders lost their lives in terrorist attacks by ISIL, Al Nusra Front and their affiliates. The Armenian religious and cultural heritage in Kessab, Deyr Zor, Aleppo was desecrated and vandalized. The Saint Martyrs Armenian Church in the city of Deyr Zor, which was a sanctuary for the remains of many victims of the Armenian Genocide was destroyed by ISIL and Al Nusra Front and their affiliates.

Our own region has not been immune from violence and hate crimes on religious grounds in conflict situations. The aggressive war unleashed by Azerbaijan against the people of NagornoKarabakh (Artsakh) in the midst of an unprecedented global crisis, was marked by massive loss of human lives, deliberate destruction, vandalism and desecration of the Armenian religious and cultural sites aimed at erasing millennia-old civilizational presence of Armenians in NagornoKarabakh. The foreign terrorist fighters and mercenaries recruited and transferred from the Middle East to Azerbaijan and Nagorno-Karabakh conflict zone, were involved in committing hate crimes on religious and ethnic grounds and destruction of the Armenian religious monuments.

Azerbaijan’s systematic denial and destruction of the Armenian historical and religious heritage in the region is a long-standing state policy, notable examples of which are the targeted destruction of Armenian cathedrals in Shushi, including the Holy Saviour Ghazanchetsots Cathedral and the Armenian Church of St. John the Baptist in Shushi.

Even after establishing ceasefire Azerbaijan has continued destruction and desecration of Armenian churches, shrines, cross-stones and other religious monuments. Refusal of Azerbaijani authorities to cooperate in the area of cultural preservation, by way of denying access to the independent fact-finding mission of UNESCO to conduct an inventory of the vast cultural and religious heritage of the region, is a clear warning sign of the intent to destroy the Armenian Christian heritage in the territories of Nagorno-Karabakh currently under Azerbaijan’s military control. Glorification of hate crimes against religious groups by political leaders creates a fertile ground for discrimination and marginalization, which, if not addressed, may lead to mass atrocities. Attempts to deny or to justify atrocious crimes undermine the fight against impunity for the identity-based crimes. The religious leaders bear an important role in promoting tolerance, dialogue and peaceful coexistence and raising their voice against targeting of religious heritage.