Statement by H.E. Mher Margaryan, Permanent Representative of Armenia, at the High-level Forum on the Culture of Peace convened by the President of the 73rd Session of the UN General Assembly 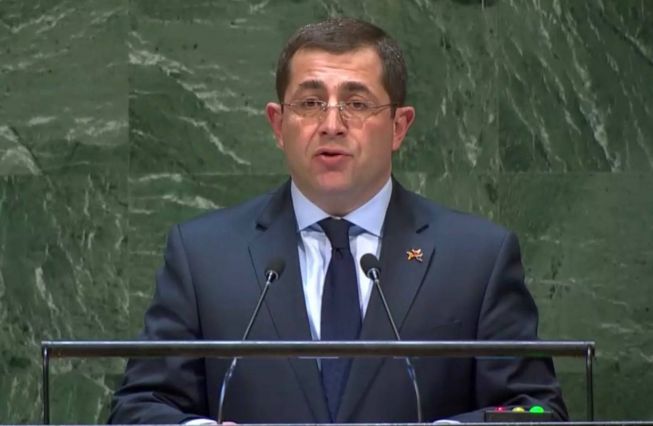 We thank the President of the General Assembly for convening this high-level forum and we appreciate the contributions of Nobel Peace Laureate Ms. Leymah Gbowe and His Royal Majesty King of Ashanti people of Ghana.

The 20th anniversary of the Declaration and Programme of Action on the Culture of Peace is a good opportunity to reflect on what we have achieved in the past two decades and discuss further way forward in implementing these landmark documents. The values, objectives and principles of the Declaration and Programme of Action remain highly relevant as we continue to witness violent conflicts, identity based hate crimes and new dividing lines.

I would like to outline the importance of dialogue and people-to-people contacts across borders as key prerequisite for the promotion of culture of peace.

A cross-cutting element underpinning culture of peace is tolerance and non-discrimination, which is reflected in Agenda 2030 as a collective pledge of leaving no one behind. Prevention and elimination of identity based discrimination and violence is crucial for the sustainable development.

Armenia has welcomed UN Strategy and the Plan of Action on Hate Speech presented by the UN Secretary-General and elaborated by the UN Office on Genocide prevention and Responsibility to protect. We also support the UN initiative to convene an International Conference on Education for Prevention with focus on addressing and countering hate speech.

It is particularly deplorable that education is misused to promote hate also among youth and children. The documented cases of state-led propaganda of hatred on ethnic and religious grounds, and glorification of hate crimes, which aim at acquiring legitimacy through negative stereotyping and dehumanization of neighbours on ethnic grounds, are early warning signs, which, if not addressed in timely and resolute manner by the international community, may lead to mass atrocities and crimes against humanity.

Armenia reiterates its commitment to the promotion and practical implementation of the concept of culture of peace at the international, regional and national level. We have actively contributed to the efforts aimed at preventing identity based discrimination and violence.

The outcome document of the 17th Summit of la Francophonie, which took place in Armenia, in October, 2018 represents a collective pledge of “Living together in solidarity, with shared humanistic values and respect for diversity”. The Yerevan Declaration emphasized the need to promote the values of peace, solidarity, democracy and human rights, stressing the critical role of education for promoting diversity, equality between women and men, tolerance and inclusion.