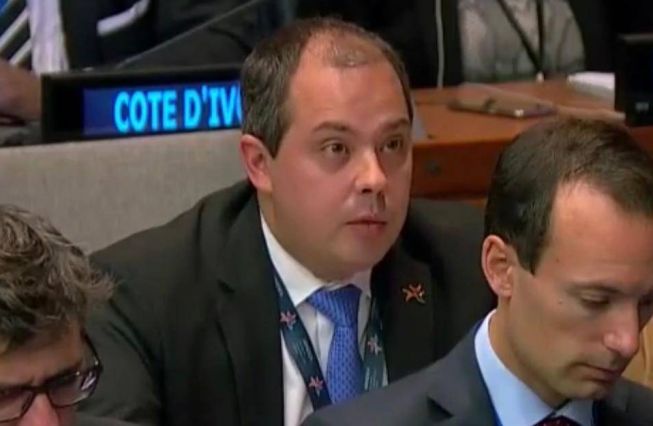 Effective, functioning and comprehensive Conventional Arms Control regime is one of the cornerstones of the international security architecture. Lack of military transparency leads to mistrust and miscalculation, as well as increases the risk of tensions. Armenia remains a staunch advocate of a comprehensive and legally binding conventional arms control regime – be it at regional or international level. We believe that full implementation of conventional arms control obligations and adherence to the guiding principles of the Arms Control regime, namely transparency, predictability, verification and limitation, are key to ensuring peace and security.

The Treaty on Conventional Armed Forces in Europe is one of the pillars of regional security and stability. Its implementation has promoted unprecedented and wide scale disarmament process in Europe and growth of transparency in the conventional arms control sphere. Armenia reiterates its principal stance that all-weather implementation of the legally binding obligations under the CFE remain vital for ensuring predictability and military balance. Invoking political disputes to justify open incompliance with the Treaty provisions is unacceptable and should be a matter of serious concern to the international community.

In 2018 Armenia received overall 5 inspections under the CFE Treaty, and 6 inspections and evaluation visits under the Vienna Document 2011, the reports of which have testified Armenia’s compliance with the letter and the spirit of the above documents. The Armenian side has provided all opportunities to the inspection teams to conduct their activities in efficient and transparent manner. Armenia has ensured high level of transparency and openness with regard to the military exercises, and has voluntarily notified exercises below threshold in line with its commitments under the Vienna Document.

Armenia finds itself in challenging security environment stemming from open non-compliance with the Conventional arms control regime by some countries of our region. These include unabated accumulation of heavy weaponry, significant exceeding of the CFE ceilings, non-notification of large-scale military exercises, conditionality in receiving inspections, and exclusion of a significant portion of armed forces from verification regime.

We recall that the uncontrolled and destabilizing acquisition of Small Arms and Light Weapons is another major source of insecurity, which fuels conflicts, impedes socio-economic development, as well as contributes to gross violations of human rights and fundamental freedoms.

Armenia considers the UN Programme of Action to Prevent, Combat and Eradicate the Illicit Trade in Small Arms and Light Weapons in All Its Aspects as an important instrument aimed at promoting safer and more peaceful security environment at global and regional levels. We support the role played by reputable regional organizations and regional processes in implementing the provisions set forth in PoA and welcome different initiatives aimed at promoting proper and timely implementation of the commitments in eradicating illicit trade of SALW.

Armenia consistently supported the efforts to have a negotiated comprehensive international instrument that would regulate trade in conventional arms, prevent and eradicate their diversion into illicit markets, or their use for illegitimate purposes.

With regards to the Arms trade treaty, we reiterate our position that the Treaty in its current shape may lead to political speculations related to the exercise of sovereign right to self-defense as well as hinder the legitimate access to relevant technologies.