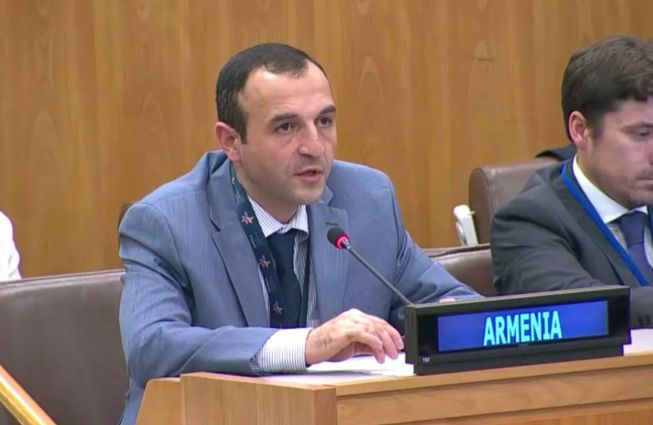 The report of the Secretary General identifies a number of challenges on universal realization of the right to self-determination, such as use of force by mercenaries and foreign terrorist fighters to violate human rights.
We are particularly alarmed by the attempts to reject social and economic rights of people, isolate them from outer world and deprive them of their means of subsistence, which is one of the manifestations of impeding realization of their right to self-determination. Attempts to criminalize entire peoples for their legitimate aspirations to freely determine their political status and dispose their natural wealth and resources should be viewed as violation of their human rights, in particular the right to self-determination. .
Introduction of efficient mechanisms for early warning and early action is essential for addressing intolerance, discrimination and identity based hate crimes and atrocities against the legitimate aspirations of peoples to exercise their inalienable right to freely choose their own destiny against foreign oppression and coercion.

In conclusion, we would like to stress that the universal realization of the right of peoples to self-determination is vital for upholding and protecting human rights, promoting peace and security, and prevention of conflicts.